“Your mother is a monster.”

December is a time for companionship of all sorts. Family, friends, significant others, pets, it doesn’t matter. Of course this season can also be extremely trying. So it’s important to do simple, loving things for yourself. Simple favors you might say. I found the book A Simple Favor shortly after I saw the movie by the same name. I adored the movie and had to hunt down the book. The book did not disappoint. 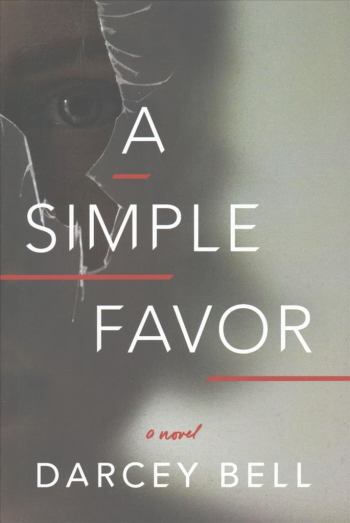 Synopsis:  Brought together by their young sons, Stephanie and Emily quickly become best friends. Their afternoons are spent bonding over motherhood, work, and love. They tell each other everything, and are more than happy to help each other. One day Emily calls Stephanie to ask for a simple favor: pick up her son from school and she’ll pick him up from Stephanie’s house after work. Midnight comes and goes, a day passes, then two. Suddenly Stephanie wonders how much she knew about Emily, and how much she can rely on Emily’s husband to help. Motherhood is lonely, but now it just became deadly.

A Simple Favor hits on hard topics. That’s what makes the book so fun, yet so disturbing. Normal people are involved in abnormal things. Death, suicide, incest, affairs, abuse. Somehow, the cast is convinced they’re normal, and yet they’re convinced that they’re anything but due to their involvement in these issues. These are hard and ugly issues, yet I felt the book handled them well. After all, as difficult as they are, these issues are deeply real problems.  The dark realism is what makes this book work. But it did lead to a few slow parts at the start. Thankfully the book picked up speed rather quickly once Emily vanished.

At the end of the book I was left wondering who the real victims were. How do we measure the value of life when we can so easily warp it, twist it, and create excuses for the inexcusable, convincing ourselves we’re sane? It’s an odd question to be pondering at the end of a domestic thriller, but weeks after I closed the book, I’m still thinking about it.

There’s no question about it though, life is valuable. How valuable it is, well, maybe that’s up to us. Or in the case of this novel, our dear narrators.

I’ve always been a sucker for unreliable narrators, and this book is a glorious study of them. I loved the narrators. They seemed like horrible people, but at the same time they were deeply relatable. Some were insecure, some thirsted for power and love, and others weren’t quite sure of what they wanted. Bell does a fantastic job of crafting characters that we know are wrong, but we can’t help but root for. There’s just enough redeeming or relatable qualities to each character. As the lines between reality and right and wrong blur for our narrators, those lines blur for the reader as well.

If you’re turned off by the idea of domestic thrillers, thinking them tame, this book will no doubt help you think differently of the genre. This is Bell’s first book, and I surely hope it’s not her last. I’ve found a new author to add to my favorites. I’ll be treating myself with re-reads of this book for many years to come.

TL;DR: If you’ve seen the movie, don’t worry. The book will still hold plenty of surprises for you. The book is a masterful dark domestic thriller, with twists galore. The characters are perhaps unlovable, and yet, they are deeply relatable. The pacing is a little slow out the gate, but when it picks up, the pace is breakneck and brilliant. Get your fuzzy blankets, your favorite hot beverage and treat yourself to A Simple Favor. You can thank me (and yourself) later.

Welcome to the online home of indie author A. E. Moseley.

Here you can find a list of published and upcoming works, book reviews, as well as personal blog posts on the writing/publishing process.